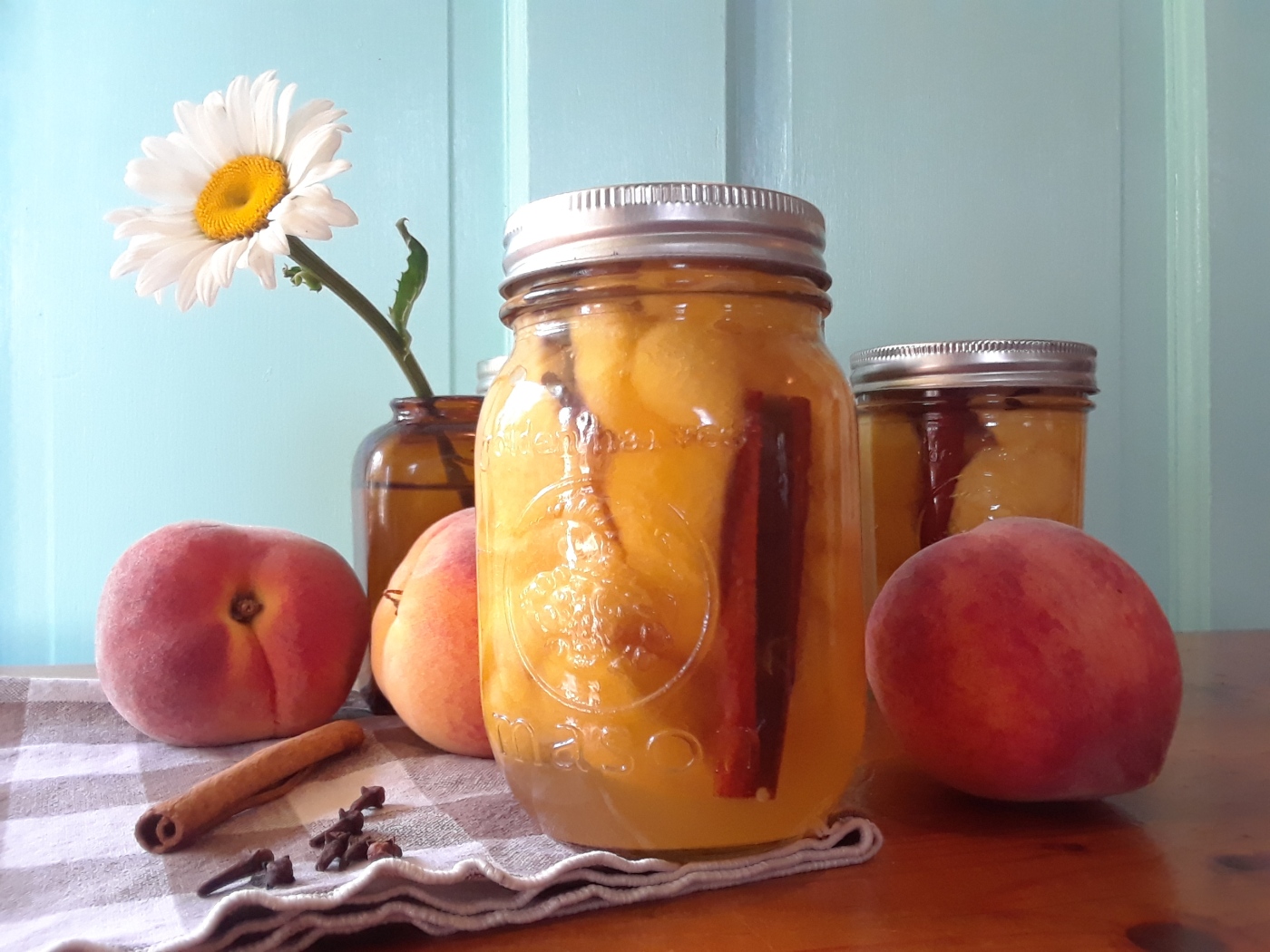 Pickled peaches have me dreaming of Thanksgiving in the beginning of June. If you have never had a perfectly pickled peach grace your holiday dinner, this probably sounds bizarre to you. But, these sweet, tart, and lightly spiced treats are the perfect accompaniment to salty ham, cornbread dressing, or roasted turkey.  We love them in the fall, but they are also delicious with barbecued pork or fried chicken at summer picnics. Regardless of when you are going to enjoy them, make them when peaches are in season in your area.

I live about an hour’s drive from Chilton County, home of the Peach Queens and arguably the most delicious peaches grown in the world. Last weekend, I picked up a case of peaches as I was passing through the area. I do not usually can many peaches, because even though they are grown near by, they are still pretty expensive and there are no  organic peaches grown commercially in Alabama. If we had peach trees or had a source for free organic peaches, I would can as many of them as I could get my hands on. Since we do not, I only purchase peaches to use in special canned foods that are hard to come by, such as pickled peaches.

A few years ago, my mother was incredibly disappointed when she could not find pickled peaches in any of the local grocery stores for Thanksgiving dinner. The next year, she was able to find them, and she went completely overboard and stocked up ridiculous quantities of them; ridiculous quantities that I was happy to help eat. To avoid any future pickled peach shortages, I try to can them every year. 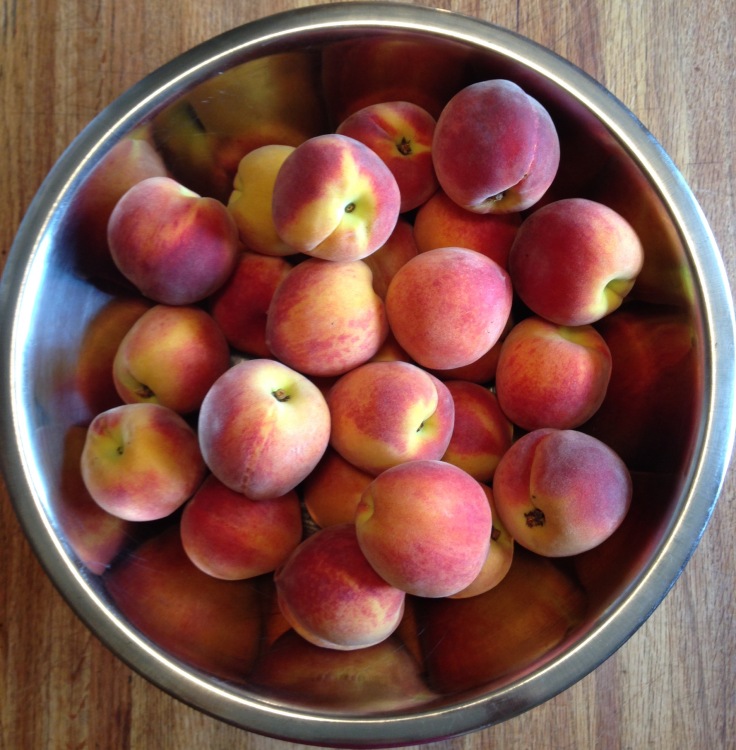 Ideally, you would make pickled peaches with whole dwarf fruits that could fit easily into the mouths of canning jars. I have never actually seen tiny peaches for sale though. I grew my own years ago on two Patio Peach trees. They were lovely little trees some years, but some years they were covered in fungus and I eventually determined they were too much of a headache to deal with. If you can get your hands on any though, they are hard fleshed peaches that are perfect for pickling. The next best thing would be to purchase freestone peaches, such as Alberta, and cut them in half or in slices. I was in a hurry when I picked up this case of peaches and did not pay attention to what variety they were. They were clingstone peaches that I was not able to cut into beautiful ideal halves. They will still be delicious. Make this recipe with the best you can get. And firmer is better in this case. Even if they are ugly, they will be super tasty.

This recipe is for a small batch to fill 4 pint sized jars.

5 thoughts on “Pickled Peaches; Sugar and Spice and Everything Nice”