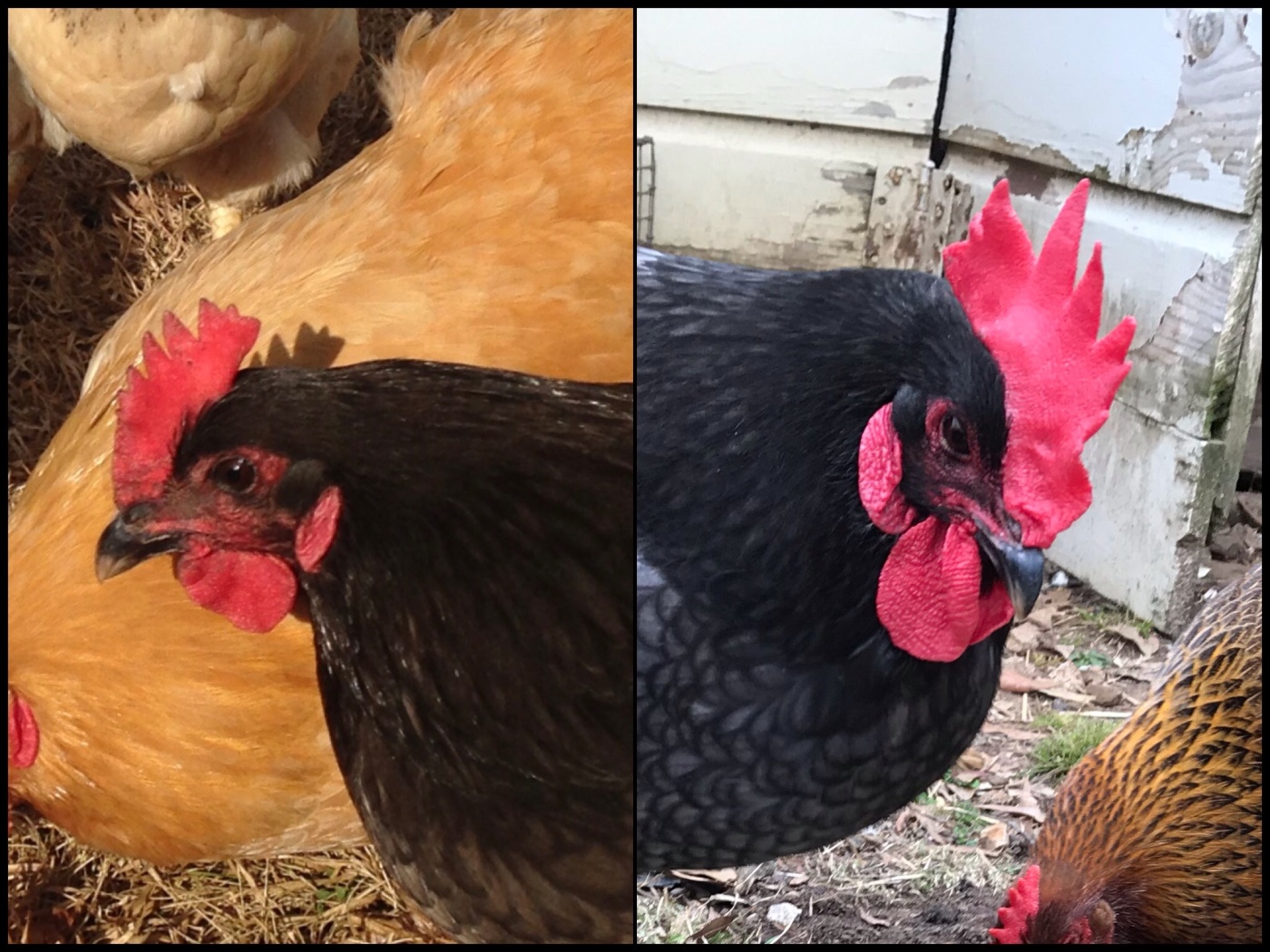 Chicken sex is pretty interesting. The act, the results, and the differences between genders. Most people understand that hens lay eggs and roosters do the crowing and mounting. Well, actually most people just buy eggs at the grocery store and don’t give chicken sex much thought. But, for those of you that raise chickens or are considering raising chickens, this post might change your ideas about the gender of chickens.

We are suburbanite chicken tenders with a small mixed flock of egg laying hens. Our little flock was mail-ordered 3 years ago, and for a while was a group of 6 highly productive egg layers. Our best performing hen, without a doubt, was our Marans named Blue. She was one of our first pullets to lay an egg, and everyday following she laid another beautiful, huge, dark brown egg. I was amazed by her production! I told all of my chicken loving friends that they should invest in one of the high priced varieties of Marans chicks. I still think that Marans breeds are fabulous chickens. But, our girl blue was probably far too extreme and not an example of the typical Marans layer. When our other hens molted Blue did not join them, she just kept on laying. She laid everyday, without fail, for probably well over a year. Then she just stopped.

She didn’t take a break to molt or get broody. She just simply quit. After several months we just decided she must have burned herself out by over producing. Her sweet disposition and beauty earned her a lasting place in the chicken yard even if she wasn’t producing eggs. Blue was a pet, not in the “house chicken” poultry diaper sense (I can’t fathom those chicken arrangements). But, she was cuddly and funny. We liked her enough to keep her around no matter what,

After a year of no egg production we starting noticing Blue’s transformation. The first thing we noticed, she got huge. Our 7lb hen got taller suddenly and probably put on an additional 2 lbs. Next, she started growing large spurs. Thankfully our girl loved us and never thought to use her new weapons. Six months into her transition it was obvious from her handsome waddles and proud comb that our girl Blue had become our Boy Blue. The change was made official by the sound of some very awkward crowing. 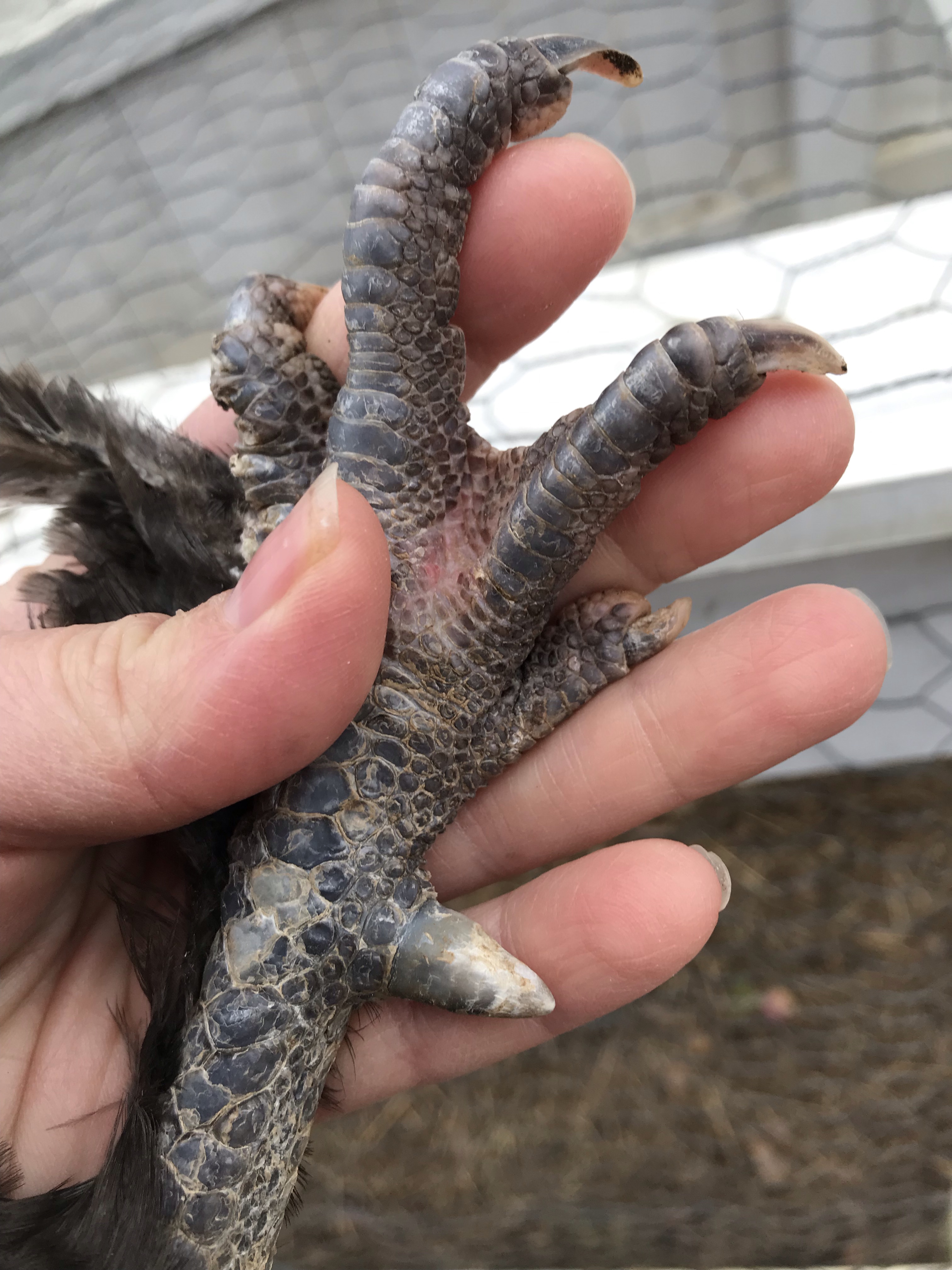 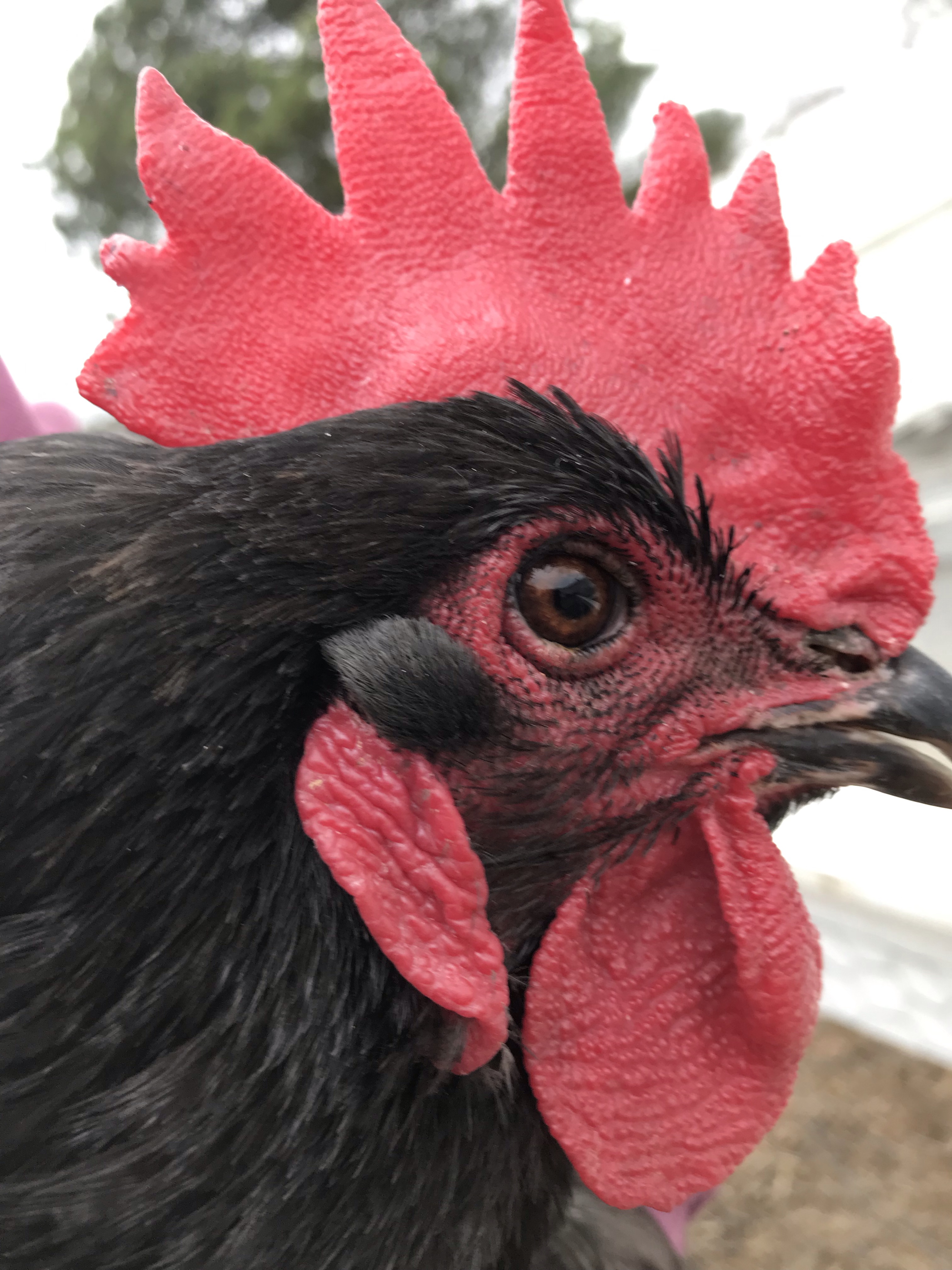 We figured she had some type of hormonal issues, so I started doing some research. While it is not a rare occurrence for hens to grow spurs, it is a very rare thing for them to show all of the main traits of a rooster. When this does happen it often occurs due to injury or cysts/tumors on the left ovary.

The how and why of our chickens sex change was very interesting to me. I am not a scientific person so I am going to describe this plainly and simply. Basically, hens have one ovary that handles all of the work in egg production. If that ovary gets damaged it can stop producing. The opposite ovary can then activate and start secreting testosterone, becoming what is known as an ovotestes. The ovotestes signals the change in sexual traits. It doesn’t happen often. But, every hen has the potential to become a Roo. Well, at least mostly. These trans chickens do not typically father offspring. This link explains the change in a bit more detail: https://www.google.com/amp/s/poultry.extension.org/articles/poultry-anatomy/avian-reproductive-female/sex-reversal-in-chickens-kept-in-small-and-backyard-flocks/%3famp

The sex change process unfortunately for our Blue, was caused by either tumors or cysts. A few months after her transition she starting waddling with her abdomen full of growths. She went down hill pretty quickly. She lost her recently gained muscle mass, her feathers lost their sheen, and she starting isolating herself from the flock. She eventually needed help finding her way over the chicken rainbow bridge.

She was a great chicken that definitely added interest to the flock, and she will be remembered for years to come. Our family purchased a canoe around the time Blue passed. We decided that “Our Girl Blue” would be a perfect name for our little green Wenonah.

We just named our canoe after a dead chicken. Hmmmmm? Maybe I shouldn’t roll my eyes at the crazy people with house chickens. We just might be in the same boat .

One thought on “How Our Girl Blue Became Our Boy Blue; A Hen Becomes a Roo”